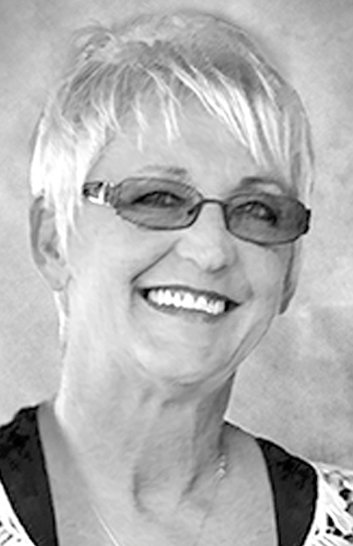 On Tuesday, Aug. 24, 2021, Corinne Joyce Benefield, left the bonds and suffering of this life at the age of 63 to enter the joy and presence of her Lord and savior, Jesus Christ. Corinne lived her life as a shining example of the bright city on a hill and exemplified the love and grace of her Lord.

Corinne was born in Springfield, Mass., on Dec. 12, 1957, to Bradly and June Bowman. She was the middle child of six children.

She was preceded in death by her father, Bradley Bowman; a sister, Linda Bowman; and brother, Gary Bowman.

She was always looking for an adventure even at an early age. It is said that she once started a fire in her brother Doug’s tree fort, but never admitted it until later in life. She enjoyed the family vacations at Cape Cod, Massachusetts, and her adventurous spirit was an integral part of who she was all her life.

Corinne loved to travel, which led her to a career which matched this love. While still a young woman she was employed by Delta Airlines and began her career in Fort Lauderdale, Fla. She started at the bottom of the ladder by cleaning aircraft in preparation for another flight to somewhere. She worked her way up from cleaning aircraft to baggage handling, to ramp service which included directing aircraft to their gates. She continued in her career and became a gate agent providing service to travelers with Delta Airlines. She transitioned from gate agent to the elite “Red Coat” customer service experts and then advance to management and supervisory position of Performance Leader. Corinne received Delta’s prestigious “Chairman’s Award.” She was nominated by her fellow employees and was one of only 100 employees selected each year throughout Delta Airlines. Corinne’s career spanned 27 years which started in Fort Lauderdale, Fla., to Bradley International Airport near Hartford, Conn. and finally to Norfolk International Airport from which she retired in 2011.

Corinne was a woman who loved the outdoors. She was up and out by 5 a.m. feeding the ducks in her pond and working outside — more often than not she was barefooted. She was a very hard worker who built an 1,800-foot wooden plank fence around her property who did most of the work on any project herself, with the help of a few young men once in a while.

She made many mission trips to Africa and South America. Corinne was bold in her faith. She once went into a brothel in South Africa and presented the gospel to the women in that place. All the women accepted Christ and left the lifestyle of the brothel.

She was relentless in her boldness to live a life of grace, peace, mercy and love of God. A word for which she was well known is “grace.” Corinne demonstrated that great attribute of God to all with whom she came in contact. If asked to sum up Corinne it will be the love and grace of God.

She was always very kind to everyone but was a straight shooter when something was on her mind. Many times she would leave the house and go feed the homeless. She would find homeless people and bring them food. She was a true Child of God who was the feet and hands of Jesus.

Corinne was a spiritual mother to many who had been brought to Christ through the light of Christ which radiated from her. She was a faithful friend, generous, kind, and loving to all. She led many a person to Christ through her gentle demonstration of the grace of Christ. Often were the times she would have people to her home and discuss Jesus at the kitchen table. There are many who don’t know where they would be today if it were not for the love of God Corinne demonstrated to young believers in Christ. She was a faithful friend to many over many decades of her life. She opened up her home to some in the darkest times of their lives.
Her friendship with others weathered many of life’s storms. She often would have times of worship in her home with those young in Christ. Corinne would open up her home at Thanksgiving and Christmas and invite friends, relatives and even the homeless to share in the holidays. She was well known for making homemade chicken noodle soup to include making the noodles from scratch when she received news that someone was sick.

Corinne never gave up on doing and serving others even after being diagnosed with the debilitating disease, polymyositis. She continued to be an example to her family and friends of what it meant to be to be a follower of Christ. Corinne had been a ballet dancer and a competitive figure skater in her teens and early adulthood. She placed third in Junior National competition skating as a young woman. Corinne loved to dance in worship to her heavenly father. The onset of polymyositis began to destroy her body and ability to worship in dance. She is now in the presence of her Lord and savior and is dancing to celebrate eternal life with the lover of her soul. Dance darling dance.

A Remembrance of Life service will be held Saturday, Oct. 16, 2021, at 10 a.m. at Jim Rush Funeral and Cremation Services North Ocoee Street Chapel. There will be a committal service held Monday at 1 p.m. at Chattanooga National Cemetery.

For those that would like to view the funeral service, via livestream click on the link below.