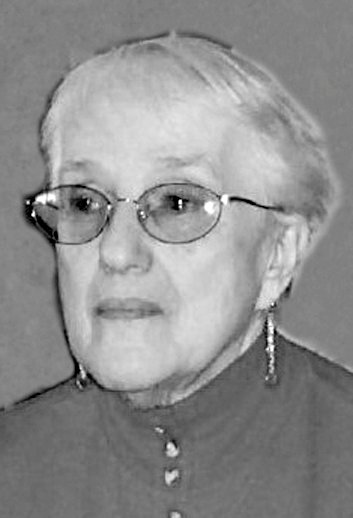 She was born in White Sulphur Springs, New York, on June 15, 1931, to Byron and Margarette Jung Edwards. In 1949, she married Robert Kinne. They were married for 53 years. She was retired from AT&T. Alice and Bob moved to Cleveland in 1995 to be near their son, Kevin.

Alice was preceded in death by her parents; husband, Bob; and her beloved son, Kevin Kinne; brothers, John Edwards and Richard Edwards; sisters, Frances Bowers and Joan Barry (Larry); and brothers and sisters-in-law, Fred and Shirley Bunt, and Bruce and Mary Rogers.

Alice is survived by her daughter-in-law, Marilyn Kinser Kinne; special friends, Gladys Sherlin and Nina Tucker; also the ladies of the North Cleveland Church of God Women of Purpose; as well as many nieces and nephews.

No services are planned at this time. At a later date, her ashes will be interred in New York State.

We invite you to send a message of condolence and view the Kinne family guestbook at www.ralphbuckner.com.

Ralph Buckner Funeral Home and Crematory is in charge of arrangements.