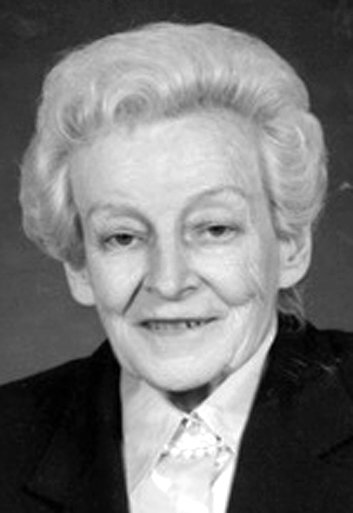 Anna Louise Moore Suits, 97, of Cleveland, completed her life of faith on Friday, June 24, 2022, at a local healthcare facility.

Her son, Jerry, waited by her bed as her breaths became shallower, and less and less frequent until they were no more. She slipped quietly into the life beyond, where God awaited her. Her departure left all with a void where she once resided and only left memories and mementos to remind us of her. However, we have hope that one day we will be reunited.

Ann epitomized the woman of Proverbs 31, by displaying her faith in a multitude of ways. She dearly loved North Cleveland Baptist Church, where she was a member and enjoyed her Sunday school class. The members were like her family; they were her anchor. She was devoted in service to her Jesus. To her family and friends, she leaves behind a memorial of trusting God and living a life well-lived.

Ann worked right beside her husband, George, at Hardwick Clothing store for many years. She gave the customers the same respect and right dealings she desired in her interactions with them. She was able to reflect God’s character who loves what is just, right and fair.

Also, a very special thanks to Jewel Holbert and Dianne Linder, special friends who cared for her and also to cousin, Debbie Penney, for helping with Anna’s care. Thank you to Hospice Care of Chattanooga.

The funeral will be conducted at 7 p.m. on Monday, June 27, 2022, at Fike-Randolph & Son Funeral Home, with Dr. Jay McCluskey officiating.

Her family will receive friends from 4 to 7 p.m. on Monday at the funeral home prior to the service.

We invite you to send a message of condolence and view the Suits family guestbook at www.fikefh.com.