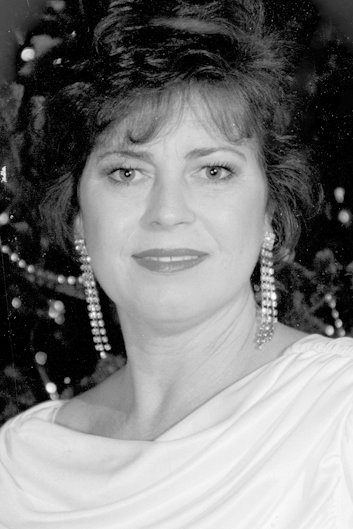 She came to Charleston in 2005 when her husband, Douglas Lecomte, was transferred by Olin Corp. from Mobile, Ala.

Beverly was active in her Council Baptist Church in Charleston.

She held many jobs over the years. She was a single mom and raised her two children: Wayne and Tamara. Her last job was with the U.S. National Institutes of Health as an interviewer.

Beverly met her husband in 1991. They married in 1999, which began years of traveling. They saw 30 of the 59 national parks, five American provinces in Canada and visited France Belgium, Germany, Austria and Italy. She was chaplain for the American Legion Auxiliary, Post 61, Cleveland. Her hobby was collecting antiques, which meant yard sales and antique stores were a must-see.

She never met a stranger and babies were a must-see for her no matter whose baby it was.

Those left behind to cherish her memory, are her husband, Douglas A. Lecomte, and his daughters: Maria Hodges, husband, Phillip and son, Lawton and Darielle Roden and husband, Robert; her son: Charles W. Sheffield, and his son, Hunter, and daughter, Jordan; daughter, Tamara D. Foster and husband, Joshua, their son, John Luke, and twins: Reed and Katherine.

She is also survived by two sisters: Roxanne and McManus and Katherine Jordan; three brothers: Jack and wife, Mary Edna, Michael and wife, Susan, and Kenney and wife, Janger; and 13 nephews and nieces.

Beverly had a very strong personality, but was very compassionate, caring and giving to those with whom she had empathy to help.

Her funeral took place in Mobile, Ala., on Dec. 13, 2021, with burial at Calvert Memorial Cemetery in Calvert, Ala., the family cemetery.

A memorial service will be held for family, friends and acquaintances of Beverly Cartee Lecomte at 11 a.m. on Sunday, Jan. 23, 2022, at Council Baptist Church, 1415 Upper River Road, Charleston.

Since her funeral and burial took place on Dec. 13 in Mobile, most of her Tennessee friends and acquaintances were unable to attend: therefore, this service is being made available.