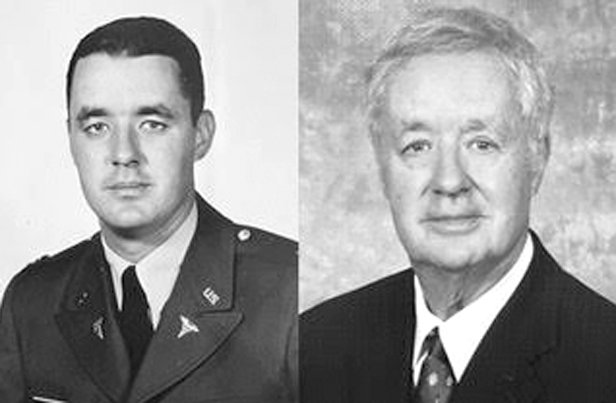 Dr. Charles Richard Hughes was a beloved husband, father, grandfather, doctor and friend. He died on Thursday, June 23, 2022, a day before his 63rd wedding anniversary.

He was born in Elizabethton, on Dec. 3, 1934. He received his undergraduate degree from Mars Hills University and medical degree from UT Memphis School of Medicine. He became board certified in pediatrics. He served his country in the United States Army as a physician, achieving the rank of captain. He and his wife, Henrietta, were stationed in various duty locations around the country, including Columbia, South Carolina, where he was chief of pediatrics. They relocated to Cleveland in 1967, after serving his country. He was part of Cleveland’s original pediatric group and practiced medicine for over 30 years.

He was an avid bird watcher and devoted reader and collector of books. He was a member of a local book club for several years. He had a lifelong appreciation of nature and was a longtime member of the Nature Conservancy and Sierra Club. After retirement, he and his wife, Henrietta, traveled to many destinations around the world.

He was a lifelong Christian of the Baptist faith. Joshua 1:9, “Have I not commanded you? Be strong and courageous. Don’t be afraid; do not be discouraged, for the Lord your God will be with you wherever you go.”

He was preceded in death by his father, Dr. Garfy; and mother, Ruth Hughes.

He was an admirer of Henry David Thoreau’s "Walden; or, Life in the Woods," published in 1854. Thoreau was inspired by the life of and time spent with Ralph Waldo Emerson. “The purpose of life is not to be happy. It is to be useful, to be honorable, to be compassionate, to have it make some difference that you have lived and lived well. It is not the length of life, but the depth that matter” — Ralph Waldo Emerson

We invite you to send a message of condolence and view the Hughes family guestbook at www.ralphbuckner.com.