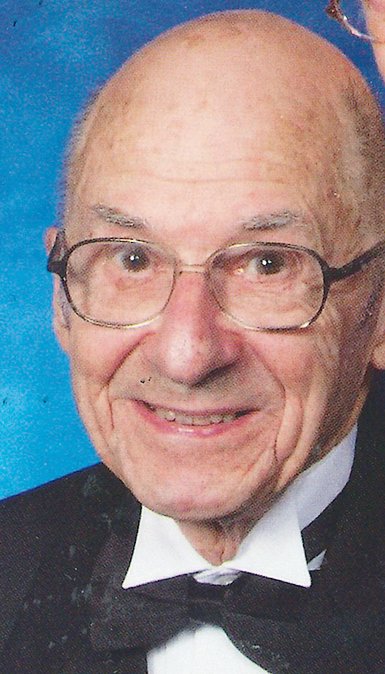 He was born in Chattanooga to Ethel Mariah King Finley and Luther Glen Finley, who ultimately settled in Dalton, Georgia.

A turning point in Jim’s life was when his father died of TB when he was 3 years old. His sister, Mary Bess, was raised by his mother and stepdad in Georgia, while he was sent to Cleveland to be raised by his mother’s sister, Mary, and her husband, Earl Haggard. By the age of 10, Jim could be found during the summer months at his aunt and uncle’s store, H.E. Haggard General Merchandise on Inman Street, sweeping the floor, assembling toy wagons and tricycles, along with other chores.

Upon graduating from Bob Jones Academy, Jim served his country as a veteran of the Army, serving in both North and South Korea in the 3rd Infantry Division, by drawing maps and being a medic during the Korean War. After the army, Jim attended Tennessee Tech in Cookeville, where he met his future wife, Ve.

Jim began his teaching career after two years of college, as a teacher and principal in a three-room rural schoolhouse. Upon graduating from Tennessee Tech, Jim continued as a principal in different schools, and eventually became a school librarian at Mayfield School. His final positions were as a school administrator for the Cleveland City Schools and librarian at E.L. Ross Elementary, after obtaining his master’s degree from the University of Tennessee at Chattanooga, and a certificate from UT Knoxville in library science.

Soon after retiring, Jim was unable to keep still and decided the following February to take on a second career as a Wal-Mart associate. He worked for Wal-Mart for 30-plus years. He is remembered by his former students and the Wal-Mart shoppers who liked the way he mixed paint and that he was willing to personally take them to whatever item that they were searching for. His ex-coworkers are also sure to remember hearing his corny jokes over and over again, since he never remembered telling them.

Aside from work, Jim was a lifelong member of the First Baptist Church in Cleveland, a devoted member of the Cleveland Masonic Lodge No. 134 and a 32nd degree Scottish Rite Mason. Jim also enjoyed a variety of hobbies, such as collecting license tags, political paraphernalia, foreign coins and many other things. Jim and his wife, Ve, were avid travelers and visited over 80 countries and all of the continents, as well as all of the states in the U.S. In typical librarian fashion, Jim desired to see his name in print and was able to do that through several books that he penned about his hobbies, such as the Masonic Lodge, his license plate collection, and others. He also compiled detailed photo albums of his and his wife’s travels for his grandchildren.

In lieu of flowers, please donate to the First Baptist Church Building Fund.