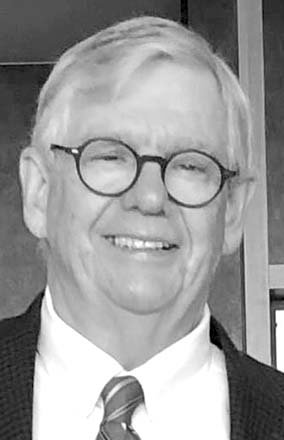 After matriculating from the University of the South (Sewanee), he joined First American Bank in Nashville in 1969 and met and married the late Carolyn Jenkins, a 45-year marriage that lasted until her death in 2015.

He leaves behind his son, James (Jay) Oliver Williams Jr. (Katherine) of Nashville; daughter, Courtney Ondrias (Sam) of Brevard, N.C.; grandchildren: Caroline and Oliver Williams, and Rose and Ivy Ondrias. He is also survived by his brother, Joe Williams (Azza) of Washington, D.C.; as well as several cherished nephews, nieces and cousins.

He retired as president of First Tennessee Bank in Cleveland in 2009 and thereafter chaired the advisory board.

Active in his community, Jim served civic organizations and charities at the executive level, including the Rotary Club of Cleveland, Cleveland State Community College, the Cleveland-Bradley County Public Education Foundation, the United Way, the Nature Conservancy,and the Cleveland Business Roundtable.

Jim was an avid music fan and supporter of the arts. He loved sports, particularly baseball and college football. He loved the outdoors, spending time at his home in Sewanee and giving much of his energy to the preservation of natural resources.

His greatest joys late in life were the love and time spent with his four grandchildren.

The family will hold a small private service with plans for a Celebration of Life at a future date in Cleveland.

In lieu of flowers the family requests that donations be made to The Nature Conservancy, Attn: Treasury, 4245 N. Fairfax Drive, Suite 100, Arlington, VA 22203 or support.nature.org; the University of the South General Scholarship Fund, 373 University Drive, Sewanee, TN 37383; or St. Luke’s Episcopal Church, 320 Broad St. N.W., Cleveland, TN 37311 or stlukes@stlukescleveland.org, all of which Jim actively supported.

We invite you to send a message of comfort and sign the Williams family guestbook at www.ralphbucker.com.