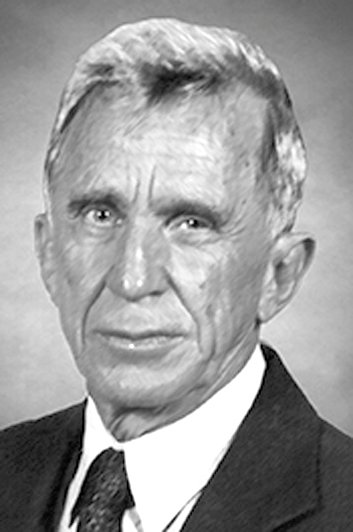 John was born Jan. 17, 1935, in Roanoke, Va. He was the son of the late Charles E. Sr. and Mildred Hague McGowan. He was also preceded in death by his son, John McGowan Jr.; his sisters: Ruby Cross and Christine Richardson; and brothers: Paul, Grant, Calvin and Charles McGowan Jr.

John was in management for supermarkets and restaurants and later in life became an evangelist for the Church of God of Prophecy. He loved sports and was a huge fan of Tennessee basketball and football.

John is survived by his loving wife of 66 years, Mary Louise Castle McGowan; his daughters: Connie Starnes and her husband, Ed, of Cleveland, and Teresa Vincent and her husband, David, of Cleveland. He was also survived by his grandchildren: Kelli Gontarek, Christopher McGowan, Amanda Malsky, Josh Merritt, Stephanie Merritt, Justin and Sloane Kennedy, Courtney (Dane) Johnston; and a host of nieces, nephews and special friends, including Charlie and Lil Pierson.

A Remembrance of Life service will be held on Thursday, Dec. 2, 2021, at 2 p.m. at Jim Rush Funeral and Cremation Services, North Ocoee Chapel, with the Rev. Mitch Maloney officiating.

The family will receive friends from noon until 2 p.m. Thursday at the funeral home.

You may share your condolences and your memories with the McGowan family at www.jimrushfuneralhomes.com.