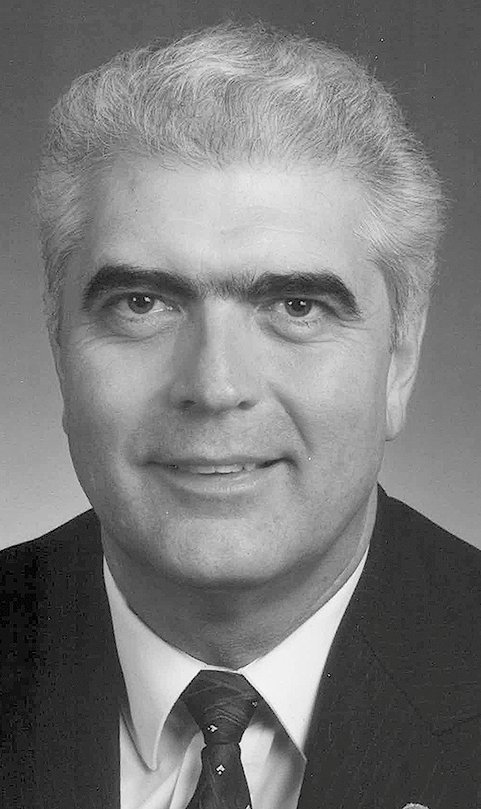 If Heaven has a team of changemakers — Larry Dean Wallace Sr. is among the best of them.

Larry was many things to many people — a confidant, teacher, counselor, pastor, director, colonel, Dad, Pappaw and a role model — to name a few. He was the most energetic, driven and sincere servant leader that most of us have had the pleasure of knowing.

Larry delighted in making personal connections with everyone he met no matter their circumstance or position. He was quick to find one's good qualities, and he made it his mission to help them hone those qualities in hopes that he might contribute to their betterment. He had a gift for relating to folks, usually through stories of his decades of colorful experiences, and he was always willing to offer expert guidance. Larry was as swift to share a compliment as he was to extend the most elegantly crafted constructive criticism you likely ever received.

A sixth-generation native of McMinn County, Larry was the son of Ballard and Martha Wallace. He was preceded in death by his son, Larry Dean Wallace Jr.; great-grandson, Mason Wallace; his brother and sister, Robert “Bob” and Betty Wallace of Athens; and his beloved pets, Pepper, Pookie, Sam and Trooper.

At age 20, Larry began his distinguished, 40-year law enforcement career in 1964 with the Athens Police Department. He was appointed as a state trooper in 1967, and a few years later, he was promoted to special agent with the TBI in 1973. In 1976, he took a leave of absence from the TBI to return home, after which he was twice elected sheriff of McMinn County. He was named “Sheriff of the Year” for 1979 by the Tennessee Sheriff’s Association. In 1980, he returned to the TBI, and he was promoted to special agent in charge (SAC) of the Criminal Investigation Division in 1984. Consequently, Larry was appointed as colonel and commanding officer of the Tennessee Highway Patrol in 1987. He was named deputy commissioner of the Tennessee Department of Safety in 1988.

At the pinnacle of his career, it elevated to another remarkable level. In 1992, Gov. Ned Ray McWherter appointed Larry to a six-year term as director of the TBI, which made him the highest-ranking law enforcement officer in the state. Made possible by Larry’s leadership, the TBI was honored in 1994 by becoming the third state criminal investigative agency in the United States to receive international accreditation through the Commission on Accreditation for Law Enforcement Agencies (CALEA) and the American Society of Crime Laboratory Directors (ASCLD). Subsequently, Gov. Don Sundquist reappointed Larry to another six-year term in 1998. He continued serving in that position under Gov. Phil Bredesen’s administration until he retired from the Bureau on Dec. 1, 2003.

Following his “retirement,” Larry happily moved home to McMinn County, and he was immediately invited to join the faculty at Tennessee Wesleyan on Jan. 1, 2004. His career in higher education was, in true Larry fashion, pioneering. Once again making history, Larry founded Tennessee Wesleyan’s very successful Criminal Justice program. He was later named vice president of administration. In 2010, Larry was appointed as senior vice president, and he served in this position until his retirement in 2014 after a decade of service. Larry loved Tennessee Wesleyan University (TWU), and he remained heavily involved there until his final days as a board of trustees member.

A first-generation college student, Larry earned an associate of science degree from Cleveland State Community College, a bachelor of science degree in criminal justice from Middle Tennessee State University, and a master’s degree in criminal justice from Tennessee State University. For his many efforts to elevate the quality and safety of the campus, community and state, Larry received an honorary doctorate of public administration from TWU in 2016. He was also a graduate of the prestigious FBI National Executive Institute.

For nearly 10 years, Larry was the chairman of the board of directors of Athens Federal Community Bank (AFCB) and its holding company, Athens Bancshares Corporation, until Oct. 1, 2018, when AFCB and CapStar Bank legally merged. Larry fondly served as a member of the board of directors for the Athens Federal Foundation, which annually provides substantial funding to non-profit organizations helping McMinn, Bradley, Monroe and Loudon County citizens who need it most.

Larry’s civic endeavors demonstrate his belief and commitment to the power of community. He was a member and former lay minister of Keith Memorial United Methodist Church in Athens. A longtime participant in genealogy research, Larry was a proud member of the Hiwassee Chapter of the Sons of the American Revolution, and he was a documented descendant of Braveheart. He was also a member of the Meridian Sun Lodge No. 50 F&AM, and he was a member of the Athens Lodge 32 of the Fraternal Order of Police for over 50 years.

Larry was appointed by Criminal Court Judge Sandra Donaghy in 2014 to serve as the judicially appointed foreman of the McMinn County Grand Jury. He was honored to serve McMinn County through this position until he passed.

In October 2017, Larry’s close friend, Allen Carter, invited him to join the prestigious Athens Insurance family. Larry considered this unique opportunity — working with Allen and his amazing Athens Insurance team during the last years of his working life — a signal honor.

To his surprise, in 2020, TWU publicly honored him with the dedication of Wallace Square. Made possible through donors and friends, this landmark commemorates Larry for his countless hours of outreach on behalf of the university. Specifically, Wallace Square represents Larry’s leadership in developing and implementing a four-part plan which significantly improved the safety, infrastructure and landscape of the campus.

Near the top of the list of Larry’s greatest loves was his deep devotion to animals. Years ago, he utilized his connections by enlisting inmates from the former Brushy Mountain State Penitentiary to assist McMinn County and the City of Athens expand its animal shelter. Most recently, he worked tirelessly as a board member for the McMinn Regional Humane Society to develop a plan and raise funds for a new animal shelter.

Although Larry did not have much time for hobbies, he was a lifelong baseball fanatic. His life encompassed endless home runs. A true team player, Larry always led others with integrity, encouragement and kindness.

Larry had an abundance of close friends. It is impossible to list them all. However, his family is forever grateful to Scott Cass and his family for their consistent love and care.

Everyone has a Larry story, and we would love to hear them all. The family will receive friends from 11 a.m. to 1:30 p.m. EST on Thursday, Aug. 11, 2022, at First Baptist Church in Athens, with a service following at 2 p.m. EST. The Rev. Dr. Vant Hardaway and the Rev. Denman Frazer will be co-officiating.

The committal service will follow at Pond Hill Cemetery in Athens.

In lieu of flowers, the family requests donations are made in Larry’s memory to either the McMinn Regional Humane Society, or to the Dr. Larry Wallace Scholarship at Tennessee Wesleyan University, which benefits Criminal Justice students in need of financial assistance. To give online to TWU, please visit tnwesleyan.edu/give and select “Dr. Larry Wallace Scholarship” as your gift designation. To give online for medical needs at the shelter, please visit mrhumane.org and select “donate to help.”

If you are unable to attend the visitation or service, please consider watching the livestream online on the Boggess Videography Facebook page at Boggess Videography. Please sign the online guest registry on the Smith Funeral & Cremation Services of Athens website.

Smith Funeral & Cremation Services of Athens is in charge of arrangements.