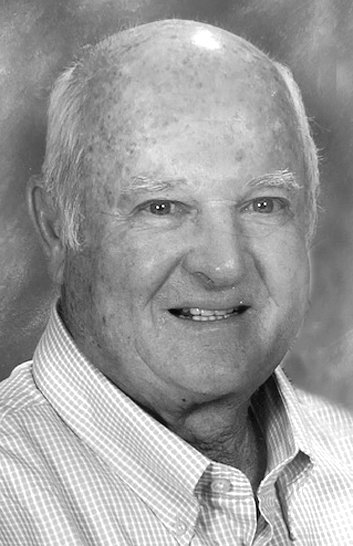 Though saddened by our loss, we’re comforted in knowing that he is finally at rest in the arms of Jesus and his cherished wife, Dorothy Faye Epperson.

Known to many for his quick wit and fondness for adventure and fun, Mart was always happiest when he could make others laugh. He loved his family fiercely. They were his pride and joy, and he devoted his life to protecting them and making them happy. He was present for every band concert, basketball game or any other school function in which they were participating. Through the years, he also brought several “adopted” children under his wings and nurtured them like his own.

Expert grower of tomatoes, top-notch basketball player, rider of ocean waves, master-builder of fires, enthusiastic lake boater, entertainer of children, follower of God, and loyal companion until the end, Mart was always most at home around family, friends and his church family at Big Spring Baptist.

Mart grew up in Charleston and later graduated from Charleston High School, where he excelled in sports. He always loved to take a drive there and recount his childhood days. He enjoyed reconnecting with his former classmates and friends to talk about the good ol' days, and he recently hosted a reunion for them at his home.

Mart married the love of his life, Dorothy Faye Humphrey, and they remained devoted to each other until her passing in 2017. They were married for 61 years. He was drafted into the U.S. Army shortly after they were married and worked the remainder of his career at Bowater Paper Corporation in the finishing and shipping department.

Mart truly found “home” when they moved to the family property on Bates Pike, with its bountiful spring and beautiful pastureland. He planted a garden that would make any farmer envious and loved sharing his crops with others. He enjoyed feeding the birds and observing the wildlife that was abundant. It was a picturesque gathering spot for many happy days spent with family and friends.

A Celebration of Life service will be held at 4 p.m. on Saturday, July 23, 2022, at Big Springs Baptist Church, with Pastor Daniel Malone and Pastor Tom Wickes officiating.

His family will receive friends from 2 to 4 p.m. on Saturday at the church prior to the service.

In lieu of flowers, the family requests donations be made to Big Spring Baptist Church, 1415 Hardwick St. SE, Cleveland, TN 37311.

We invite you to send a message of condolence and view the Epperson family guestbook at www.fikefh.com.