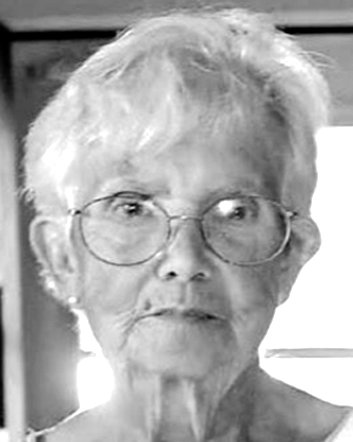 She was born on July 7, 1935, to Harley Morrison and Lula Morrison.

She was preceded in death by  her parents, Harley and Lula Morrison; her sister, Ruby Denton; and one son-in-law, Charles Shook Jr.

Frances was a graduate of Charleston High School. She retired from Jackson's Manufacturing after 25 years.

She was a member of Eisenhower Baptist Church for many years.

Frances was active with both the Boy and Girl Scouts.

She was also active with Blythe Oldfield Community Association garden for several years. She loved to garden.

She was known to the neighborhood as Mama Dye. She always had an open door and a plate of food for anyone that was in need.

She was loved by all who knew her and will be missed by all.

The service is going to be held at Living by Faith Ministries at 1175 King Edward Ave., Cleveland, TN 37311 on Sunday, May 30, 2021. Viewing is from 1 to 3 p.m., with the service following immediately after. Pastor Shane Dye will be officiating.

We invite you to send a message of comfort and view the family guestbook at www.companionfunerals.com.

Companion Funeral and Cremation Service, Cleveland Chapel, is in charge of arrangements.