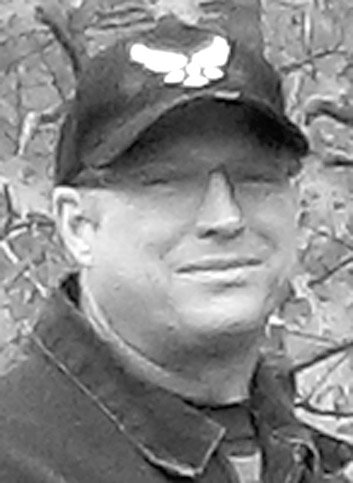 Pete Loyd Sampson, 49, of Cleveland passed away, on Thursday, Jan. 13, 2022, after a brief, but well-mounted battle with cancer.

Pete was born in Chattanooga on Nov. 21, 1972, to Pete Sampson Jr. and Patricia Ann (Parrott) Sampson.

His family moved to Bradley County when he was still young, following the death of his father and re-marriage of his mother. He graduated from Bradley Central High School in 1991. Soon after, he married his high school sweetheart, Aimee.

Pete attended Cleveland State Community College for a time, but ultimately chose to serve his country in the United States Air Force. During his service he was stationed at bases in Texas, Wyoming, Guam and Italy, which he loved. After an honorable discharge, Pete and his young family resettled in Cleveland.

Pete was a long-time and faithful member of Wesley Memorial United Methodist Church and served in several of its ministries.

He was also a longtime supporter of Blood Assurance, donating over 7 gallons of life saving blood over the years.

At the time of his illness, Pete was employed by Cleveland Utilities, in its Water Treatment Division, a job that he loved.

Pete is survived by his wife, Aimee (Fuller); sons: Liam and Thomas; and his daughter, Gillian. He also leaves behind his dad, Lewis Jackson; brothers: Joseph (Elizabeth) and Steve (Lucille Cooper); along with an abundance of nieces and nephews, aunts, uncles, friends, in-laws and out-laws who will miss him, his loving spirit and his sense of humor.

As a capstone to Pete’s life of service to others he has offered his physical body to assist in training and cancer research. He knew it would be of use to others.

The family would like to extend our heartfelt thanks to our loving families, friends, colleagues, and medical staff who assisted us as Pete finished his earthbound works.

A memorial service will be held to honor Pete’s life at Wesley Memorial UMC on Saturday, Feb. 5, 2022, at 2 p.m. In lieu of a visitation beforehand, a reception will follow the service, per Pete’s wishes.

Please consider an honoring donation to either the Pastor’s discretionary fund at Wesley UMC or Saint Jude Children’s Research Hospital, instead of flowers.