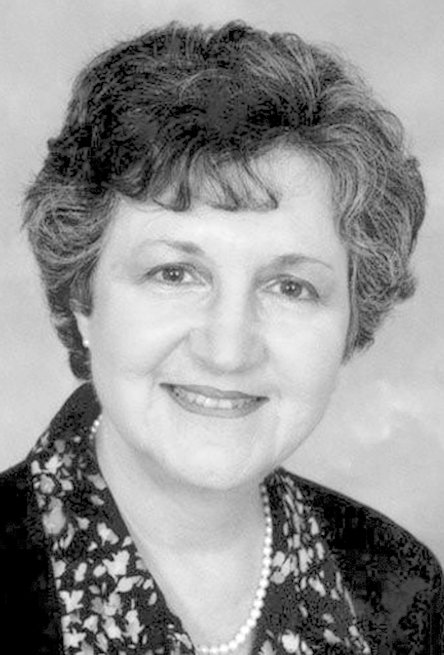 The Rev. Mary Ruth Morris Stone, 80, of Cleveland, went to be with the Lord on Wednesday, Dec. 7, 2022, at Legacy Village of Cleveland.

Born on Nov. 29, 1942, to Ralph and Ruth Morris in Crisfield, Maryland, Mary Ruth did not see her father until he returned from Europe in 1945, after serving as a combat medic in World War II.

Soon after enrolling at Lee College (now Lee University) in 1960, she began to date her future husband, Lynn Stone, and they were married on Sept. 1, 1961. Following his graduation from Lee’s Bible Department in 1963, they entered full time ministry together.

Mary Ruth served in ministry with her husband as evangelists, pastors, youth directors, overseers and administrators. But she also had her own calling as an ordained minister, served her denomination three different times as director of Women’s Ministries, and was privileged to serve on the board of directors for the Church of God Benevolence Department for 12 years. She encouraged all women to be “the woman God intended you to be,” and was the first female to speak in the business session of the Church of God General Assembly.

While she loved the church family in her own denomination, Mary Ruth counted it a privilege to serve others as well. She was honored to serve on the National Association of Evangelicals Board of Administration, and as the vice-president of the NAE Women’s Commission for several years. She enjoyed her work as a member of the executive committee of the Religious Alliance Against Pornography from 1988-2008; held fond memories of working closely with RAAP Co-chairmen Dr. Jerry Kirk and Cardinal Joseph Bernardin; and, was extremely pleased to find that Pope Paul John II was a very gracious believer who displayed the sincere warmth and love of a fellow brother in Christ when they met at the Vatican in 1990.

As a professional woman, Mary Ruth was a teacher/educator, teaching in public and private schools from New Jersey to California. Her experience included teaching at various grade levels in K-12 schools; Lee University during three different eras; College of Saint Mary, Metropolitan Technical Community College, and the University of Nebraska in Omaha, Nebraska; and the School of Christian Ministry and Patten University in California. She served as the first female commencement speaker at Lee University in 1987, and concluded her career as instructor and director of faculty development at Lee in 2016.

Mary Ruth and Lynn were blessed with four boys — Ken, Tim, Dave and Jon — who, while growing up, joined them in ministry. They especially enjoyed serving as puppeteers, as the family ministered to local churches, youth camps, camp meetings and the General Assembly. They also now are blessed with nine grandchildren.

Wherever they served, Mary Ruth continued her pursuit of higher education, obtaining degrees from Lee, the University of Arkansas, Radford University, the Pentecostal Theological Seminary, and her Doctorate of Education from the University of Alabama. Later, she enjoyed doing post-doctoral studies in conflict resolution from Fresno Pacific University in Fresno, California.

The passion she and Lynn had for excellence and education was passed on to their four sons, all of whom now have their own doctorate degrees, enabling each one to serve faithfully according to their own calling: Ken, as professor and distinguished service chair at Chicago Theological Seminary; Tim, as an OBGYN physician at St. Vincent’s Hospital in Birmingham, Alabama; Dave, as supervisor of special populations in Cleveland Public Schools; and Jon, as a minister and consultant for Birthing Tissue International in Dallas, Texas.

Throughout her life and ministry, Mary Ruth was a prolific writer, with one of her favorite projects being the writing of “One Woman Before a King.” She enjoyed the time she and Lynn spent together co-authoring over a dozen course notebooks for the School of Leadership Development in California-Nevada; and, the research and writing for their two signature books on the family: “What God Has Joined Together: The Lord’s Definition of Marriage” and “Healing from Divorce: Seven Principles of Restoration.”

Mary Ruth was widely admired for her quick wit. A male friend once said: “Mary Ruth, why do you defend women so much when you know the Bible says God created man first?” She quickly replied. “Well, it was like this. True, God made man first. Then, He said: ‘I can do better than that.’ So, He made woman.”

Along with her parents, she was preceded in death by her younger sister, Nancy Louise, who died shortly after birth; and her uncle/brother, the Rev. Philip Crockett Morris.

Funeral services will be on Monday, Dec. 12, 2022, at 1 p.m. at the Lee University Chapel with Dr. Paul Conn serving as speaker, assisted by Pastors Mark and Sandra Kay Williams and the Rev. Ishmael Charles; and special tributes given by Dr. Raymond Culpepper, Jan Wright from Yakima, Washington; Deena Querry from Fountain Valley, California; Carla Robinson from Plant City, Florida; and Stephanie Taylor from Cleveland. Special singing will be provided by Andrea Dismukes and Debbie Sheeks, along with musicians Randy Sheeks and Jonathan Sawyer.

The family requests in lieu of flowers, memorials may be made to the Ralph and Ruth Morris Scholarship Fund, C/O Pentecostal Theological Seminary, ptseminary.edu.

A viewing will be on Sunday from 3 to 5 p.m. at the Jim Rush Funeral and Cremation Services, North Ocoee Chapel in Cleveland, and from noon to 12:45 p.m. prior to the service on Monday at the Lee University Chapel.

You may share your condolences and your memories with Mary Ruth's family at www.jimrushfuneralhomes.com.