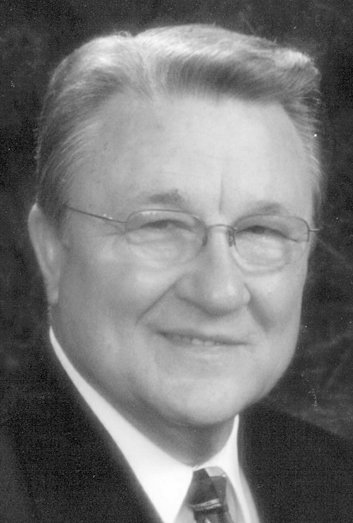 The Rev. Travis Porter, 84, a resident of Cleveland, went to his Heavenly home on Thursday, Sept. 29, 2022, surrounded by his family.

He was the son of the late Ed and Lovie Porter. His siblings, Dorothy McFadden, Norma Bryan, Billy Porter and Betty Poole, also preceded him in death.

Travis met Wanda and they were married on Aug. 2, 1958, and they pastored in Texas until 1959. After which, they moved to Cleveland and Travis attended Lee College (now Lee University) until 1962, graduating with a BA degree. After graduation, they moved back to Texas and pastored until Travis became the Texas state youth and Christian education director from 1963-1964. From 1964 until 1974, they were the pastor of the Henrietta Texas Church of God and served on the Texas State Council during that time. He received his ordination from the Church of God in June of 1966, and in 1971, built a new church building in Henrietta, Texas.

He authored and published a book titled, “He Shall Direct Thy Paths” which detailed the history of the Church of God in Texas. He served as the Texas state youth and Christian education director from 1974-1978. In 1976, he completed a M.ED at Midwestern State University in Wichita Falls, Texas, and then in 1978, became the pastor of the Hurst Church of God in Hurst, Texas until 1980. From here, the Porters became the state overseer of Nebraska from 1980-1984.

From 1984-1989, he was the pastor of Mountain View Church of God in Dallas, Texas, where they built a new church and helped the congregation to purchase a new parsonage. In 1989, they moved to Georgia and became the pastor of West Ward Church of God in Douglas until 1996, during which he also served on the Georgia State Evangelism Board and the Georgia State Council.

From 1994-1998, he served on the General Board of Benevolence for the Church of God and pastored the New Vision Church of God in Homerville, Georgia, from 1996-2000. In 1999, the Porters built a retirement home in Cleveland and retired in 2000. He became the senior adult pastor at North Cleveland Church of God in 2004, where he remained.

A Remembrance and Celebration of Life service will be conducted at noon on Monday, Oct. 3, 2022, at North Cleveland Church of God with Drs. Tim Hill and Mark Williams officiating.

The family will receive friends at the church one hour prior to the service, from 11 a.m. to noon.