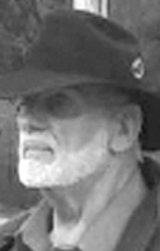 In addition to his mother and father, he was preceded in death by his wife, Edna Mae Burris.

A Celebration of Life will be held at a later date.

You are invited to share a personal memory of Robert or your condolences with his family at his online memorial at www.companionfunerals.com.