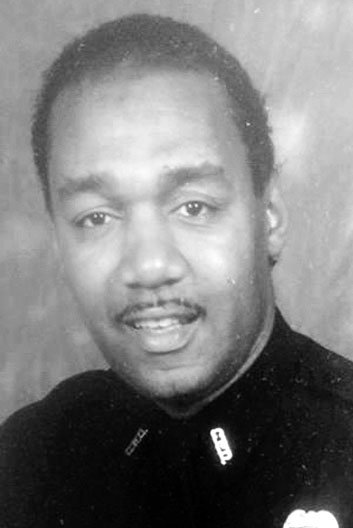 He was born in Cleveland to the late Jo Clara and Hugh Marshall Goldston Sr.

He was preceded in death by his parents; and two brothers: Hugh Marshall Jr. and Gary Lamar Goldston.

Robert was a graduate of Bradley High School and a retiree of Walden Security. He also served as a Cleveland Police officer for many years, and while on duty he had a habit of checking on others.

Robert was a member of First Baptist Church. He loyally served God as a Christian and his community as a police officer. He carried the nickname "Go Go" because he was also willing to rush to the side of anyone who needed him.

Robert was a high-spirited young man with a beautiful infectious smile and lingering laughter, and he was an exceedingly kind person. He enjoyed keeping the company of his friends; playing cards; golfing; basketball; and riding his motorcycle.

He kept a positive attitude no matter what he went through and was firm in his faith.

A walk-through visitation will be held today,  from 1 until 6 p.m., at the Patton Funeral Home Chapel, 265 Fair Street S.E. Cleveland.

Due to COVID -19, masks are required. We are asking that the community observe all proper precautions and regulations mandated by the local, state, and federal governments in regard to COVID-19.

The funeral home is here for the people, but your safety and well-being come first. Thank you for your understanding during this time.

The family service will be Thursday, June 10, 2021, at 2 p.m. at the First Baptist Church, 1275 Stuart Road N.E. Cleveland, with Pastor Jim Gibson as eulogist. Interment will follow at Chestuee Cemetery.