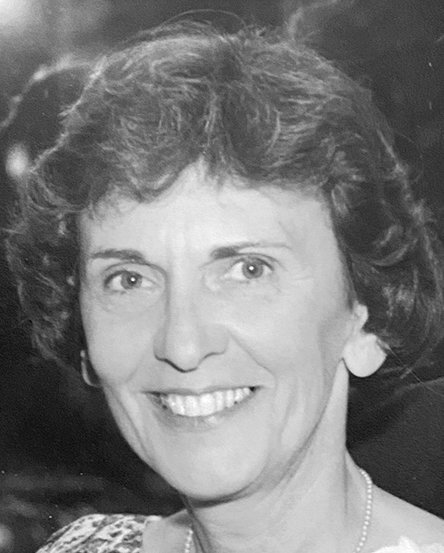 Sarah dedicated her life to the pursuit of knowledge and the education of others. During her years as a teacher, Sarah's work and passion touched the lives of many.

Sarah was born on May 9, 1932, to Pryor Lea and Hazel Cooper Newman in Cleveland. At Bradley County High School, Sarah was captain of the girls' basketball team that won the Tennessee Southeastern Regional Championship in 1950 and earned her the nickname "Hot Number" and the Most Valuable Player Award. After graduating from high school with honors, Sarah continued her education at Vanderbilt University, where she pledged Kappa Delta Sorority and graduated Phi Beta Kappa in 1954. She earned a master’s degree from Vanderbilt in 1968 and her PhD degree in history from Auburn University in 1984. Sarah began her career in 1954 teaching sixth grade at Avondale Elementary School in Atlanta, Georgia. She taught at Emory & Henry, a college in Virginia, in the early 1960s.

In 1968, Sarah became a history professor at Alabama A&M in Huntsville, Alabama. Published by the University of Alabama Press in 1986, Sarah wrote a book titled "Hillbilly Realist: Herman Clarence Nixon of Possum Trot." After 26 years at Alabama A&M, she retired in 1994 and built her dream home on Lake Guntersville in Alabama.

In 1954, Sarah married William Franklin Shouse (Bill) in Cleveland. After Bill graduated from Columbia Theological Seminary in 1957, they moved to Glade Spring, Virginia. There, they had three children: David, Amy and Anne. In 1965, the family moved to Fayetteville, Tennessee, when Bill accepted the position of pastor at First Presbyterian Church. For several years, Sarah was a member of the Lincoln County School Board. She was also a member of the Junior Round Dozen. During the 30 years that she lived in Fayetteville, Sarah participated in various activities within the church and within the Fayetteville community.

Sarah loved to travel both in the U.S. and Europe. In particular, she had a fondness for Great Britain and Italy. She was an avid reader and often began her mornings mastering the New York Times crossword puzzle. As an alumnus, Sarah continued to support Vanderbilt University and steadfastly cheered on the Commodores in basketball and football. After retiring, she loved living on Lake Guntersville where she enjoyed swimming, boating and transforming her yard with azaleas and rhododendron. She served a term as the president of the Preston Island Property Owners Association and spearheaded the neighborhood's recovery after devastating tornadoes in 2009.

Most of all, Sarah loved animals. From the time she was a little girl until late into her life, Sarah had dogs, cats and horses. Her many pets brought her much joy and comfort. She donated often to the Humane Society, local animal shelters, and other organizations that support animal welfare.

In addition to her parents, Sarah was preceded in death by her brother, Thomas Pryor Newman of Cleveland.

The family would like to express our gratitude to everyone at Thrive at Jones Farm and to Dekalb Regional Medical Center for their professionalism and for the care and comfort they provided to Sarah.

A memorial service honoring Sarah's life will be scheduled at a later date.

Higgins Funeral Home is in charge of arrangements.