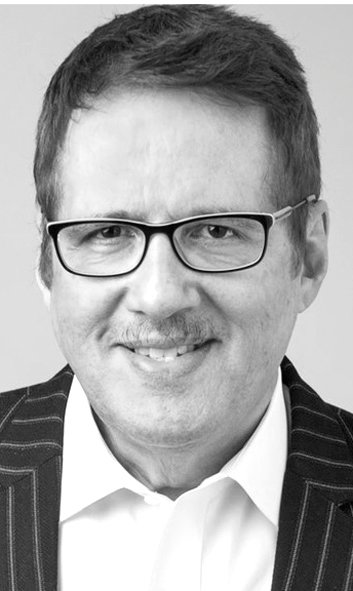 Following an eight-month battle with pulmonary issues, he finally received the healing miracle for which he and scores of people had prayed and believed.

Tony was born in New Castle, Ind., on July 27, 1955, to Dennie and Joyce Lane. He devoted his life to the Lord, his family and church, ministering and helping others at home and around the world. Tony started his ministry at the early age of 12, teaching children’s church and playing the organ for the Clinton, Ill., Church of God, where his father was the pastor.

As a talented musician and singer, music has always been a great passion in his life. Throughout the years, Tony — along with his mother, father, and sister — would travel all over, singing and ministering as the Lane Family.

After graduating from high school, he attended Lee College (Lee University) in 1973-1974. He transferred to Wheaton College in 1975, earning a Bachelor of Arts degree in Christian Education in 1978 and a Master of Arts degree in Christian Ministries in 1980. He received an honorary Doctor of Divinity degree from the Asian Seminary of Christian Ministries in 2012. Tony became an ordained minister with the Church of God, Cleveland, TN in 1986.

It was in Aurora, Ill., where Tony met the love of his life, Joy Dees Lane. They were married in February 1977, and for the last 44 years, they  ministered together in various positions and places. Tony was proud of his family, daughter, son and daughter-in-law, and especially his “favorite” granddaughter and grandson.

In 1996, Tony was appointed as the international coordinator of Discipleship & Children’s Ministry for the Church of God Youth & Discipleship Department in Cleveland. He served in that role for 24 years.

Tony coordinated and oversaw events for Kidfest, FOCUS, Children’s Leader Association (CLA), and others. In addition, he served as an adjunct professor for Lee University and Lee Online. During this time, he was appointed as administrative bishop for the Romanian Territory Office (RTO), overseeing the COG Romanian congregations in the U.S. until his retirement in March 2020.

Tony was also a gifted writer and accomplished author. In his lifetime, he contributed to various periodicals and curriculums. In 2000 he wrote and published his book, "Changing Ministry in Changing Times."

Tony had a passion for helping others. Missions were his heartbeat. He organized and led many missions and ministry training trips to Germany, Spain, Romania, Grand Cayman Islands, the Philippines, Mexico and many other countries. In 1999 he went to Poza Rica, Mexico, to visit Casa Hogar Alfa Y Omega orphanage. His heart was touched immensely by the directors and children.

After that initial trip to Mexico, Tony led over 50 more trips, with countless team members, to be the hands and feet of Jesus. Every trip, without fail, he would say, “God always puts the right people on the bus!”

Tony was preceded in death by his father, the Rev. Dennie Lane; niece, Sarah Riddle; grandparents, Lewis and Anna Cole and the Rev. Avery and Grace Lane; mother-in-law, Joyce Dees; and aunts and uncles.

He is survived by his wife of 44 years, Joy Lane; daughter, Meagan Lane; son and daughter-in-law: Joshua and Joyce Lane; granddaughter, Madison Lane; and grandson, Dawson Lane, all of Cleveland. He is also survived by his mother and “bonus” father, Joyce and Bill Rayburn; sister and brother-in-law: Marilyn and Roger Riddle; nephew, Matt Riddle, all of Cleveland; “bonus” siblings: Diane (Bill) Begley of Canton, Mich.; Michael (Theresa) Rayburn of Brentwood; Debbie Cagle of Mt. Juliet; Brian (Krista) Rayburn of Fort Worth, Texas; father-in-law and “bonus” mother-in-law, Kenneth (Barbara) Dees; sister-in-law, Gaye Kelley; and brother-in-law, Greg Dees, all of Winston-Salem, N.C.; along with many aunts, uncles, cousins, nieces and nephews who loved Tony very much.

The family will receive friends from 4 to 7 p.m. on Sunday, and 12 to 1 p.m. on Monday at South Cleveland Church of God.

For those who are unable to attend in person, the service will be livestreamed at 1 p.m. EST at www.southcleveland.org and facebook.com/southcleveland.
In Tony’s honor, a memorial project has been established for Casa Hogar Alfa y Omega orphanage. Checks can be mailed to Church of God World Missions, P.O. Box 8016, Cleveland, TN 37320-9847, under project number 715-0130-347 Tony Lane Memorial/Poza Rica. You may give online at: www.cogwm.org http://www.cogwm.org.

A special thanks to Amedisys Home Health Services, Dr. Robert Marcum at Blue Ridge Pulmonary and the wonderful nurses, patient care technicians and doctors at Tennova Hospital for your excellent caring for Tony.

Jim Rush Funeral and Cremation Services North Ocoee has charge of the arrangements.
You may share your condolences and your memories with the Lane family at: www.jimrushfuneralhomes.com.