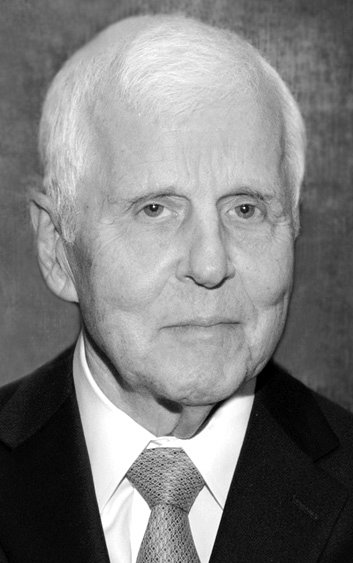 As a young boy, Ron loved to roam the fields and fish the lakes on his family’s farm in Cleveland. As he grew older he began to roam farther from home while riding his horse, Thunder, with friends over the areas of Prospect and Black Fox in Bradley County. This part of town is now covered with subdivisions and heavily traveled roads, such as Keith Street and I-75.

Ron graduated from Arnold Elementary School in Cleveland and McCallie School in Chattanooga. He received his BBA from Goizueta Business School at Emory University where he was a member of the Kappa Alpha Order. After college he served his country in the Air National Guard.

Ron’s legacy is with his family business, Jackson Furniture Industries. In 1943 after the Great Depression, his parents moved to Cleveland when they purchased Cleveland Chair Company. Starting in 1961, Ron worked summers in the family-owned business, learning to make chairs and to “spit tacks,” a now lost art in furniture manufacturing. In 1966, he started to work full time in the office, and in 1975 he was named president of Jackson Manufacturing Company and Cleveland Chair Company. Ron eventually became CEO when the companies merged into Jackson Furniture Industries. He was instrumental in the development of the Pow’r Lounger for the company. Ron’s two main passions throughout his career were to make quality mid-priced furniture and to create meaningful jobs for employees. He felt a great deal of responsibility for the well-being and financial security of the Jackson Furniture team. In 2012, Ron received his pin for 50 years of service to Jackson Furniture Industries; he continued to enjoy work for many more years.

Ron was a longtime supporter of the United Way of the Ocoee Region, the Museum Center at 5ive Points and the Cleveland Bradley Public Library. He was a member of the American Furniture Manufacturer’s Association (AFMA) and served on the board in the 1990s.

Work and family came first for Ron, but he enjoyed floating down the Hiwassee River while watching eagles nest in trees along the shore. He also enjoyed vacations to Amelia Island, Fla., and hikes in the mountains of Tennessee and North Carolina. Quail hunting with fraternity brothers in South Georgia gave him a time to relax with old friends. Weekly 15-mile runs provided Ron time to think and regroup for the future; he loved running, especially on the roads of the county that he always called home.

Ron inspired many as he dealt with his diagnosis of Parkinson’s disease and cancer. He showed strength of body, mind and spirit as he faced the devastation of these two diseases. Ron’s strong work ethic and courage served as an example for others.

He was preceded in death by his parents and sister-in-law, Sandy Shores Jackson.

His family is very thankful for the love shown to him by caregivers, Eva Connor, Shannon Grow and Carol Corun; his doctors, Dr. Mahmood Siddiqui, Dr. Davy Daniel and Dr. Thomas Davis. He was blessed by his many friends who supported him with their thoughts and prayers during his lengthy illnesses. In lieu of flowers the family requests that gifts be given to Broad Street United Methodist Church or to a charity of choice.

A Celebration of Life will be held on Friday, April 29, 2022, at 1 p.m. at Broad Street United Methodist Church, followed by a reception. A private interment will be held at Hilcrest Cemetery.

We invite you to send a message of condolence and view the Jackson family guestbook at www.ralphbuckner.com

Ralph Buckner Funeral Home and Crematory is in charge of the services.